Nada Pavlak is a former Australian civil servant with three decades of experience working on public policy, including international trade in resources.

Recently her focus has been on international trade law.  Put in its most simple terms, this is the way through which states allow and regulate trade in goods and services.  Primarily this occurs through World Trade Organization (WTO) agreements, with more and more countries also preferring to enter into bilateral, plurilateral, or regional preferential trade agreements.

Before taking on her current position, Nada served at the Permanent Mission of Australia to the United Nations in Geneva focusing on health and development and humanitarian themes.

Nada was previously at the Australian Department of Resources and Energy (DRE) where she was responsible for treaty implementation over Australia's joint exploitation of oil and gas with East Timor.  While at DRE Nada also worked on the government to government relationship between Australia and its key trading partners, including Taiwan and South Korea.  She also served on the Australian delegation for negotiations working towards the Trans-Pacific Partnership agreement and contributed to other bilateral trade negotiations.

Prior to this, over 13 years of service in the Department of Health, Nada worked on the development and strengthening of the primary health care system, including funding clinics for Indigenous Australians. 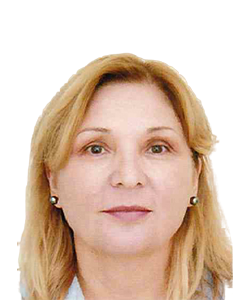