Tim is a former Australian diplomat and trade negotiator for the Australian Government and advisor to the British Government with over 20 years’ experience, specialising in free trade agreements, rules of origin and technical barriers to trade in the WTO as well as regional and bilateral trade negotiations.

Tim headed Australia’s rules of origin teams in negotiations leading to completion of the Trans-Pacific Partnership and the ASEAN-Australia-New Zealand Trade Agreement, as well as playing a key role in trade in goods elements of Australia’s bilateral free trade agreements with the United States, New Zealand and Malaysia.  The implementation of rules of origin on trade between the EU and the UK is often poorly understood as an important factor in managing the impact of a UK exit from the EU.

Between 2014 and 2017, Tim was First Secretary at the Australian Permanent Mission to the World Trade Organisation, during which time, he was Australia’s representative on the Negotiating Group on Non-Agricultural Market Access, the Committee on Technical Barriers to Trade and the Committee on Rules of Origin.  He was also Australia’s representative in negotiations on the Extension of the Agreement on Trade in Information Technology Goods and the proposed Agreement on Environmental Goods.

From 2017 until 2019, Tim worked as a policy advisor to the British Government, assiting in building the UK's capacity to negotiate agreements within its new independant trade policy.

Tim has extensive experience in training industry and government officials in the structure, negotiation and operation of rules of origin regimes.

The British exit from the European Union is the most significant trade and economic demerger between major economies yet witnessed and much about the process of transitioning out of the EU has no precedent.  But it is clear already that both the UK and the EU could be significantly changed under any Brexit scenario.  Tim brings extensive experience to those seeking to negotiate their way through these new and developing arrangements. 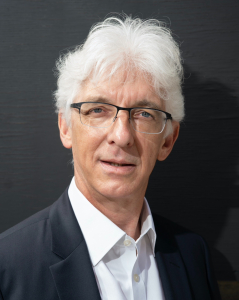