With new vehicle registrations plummeting during the global Covid-19 pandemic lockdown, the UK motor industry faces a long and challenging recovery.  In this environment, it is essential that the industry takes a strong hand in shaping UK trade policy to guard against hasty decisions as the government seeks an early conclusion to the post-Brexit negotiations with the EU and embarks on new trade negotiations with the United States and other non-European trade partners.

The story is similar throughout Europe, where registrations for March were 55.1 per cent lower than for the same month in 2019, with registrations for the first quarter of 2020 falling 25.6 per cent below the level for the first quarter of 2019.  Globally, IHS Markit has recently forecast a fall in car sales of more than 22 per cent in 2020 – its forecasts have become increasingly gloomy as the crisis and associated lockdowns continue[1].

The likelihood of a rapid recovery from this downturn is low.  Evidence from the previous major downturn shows how slow the recovery in car demand and production can be.  During the 2008-2009 recession, new car registrations fell 20.5 per cent in the two years from their peak in 2007 to 2009.  Registrations initially recovered in 2010 thanks to policies aimed at stimulating sales, but fell back again and didn’t return to their 2007 levels until 2014.

Analysis of the recovery from the 2008-2009 recession has found that there was a lag in the return of discretionary expenditure generally as potential buyers paid down debt, made decisions based on reduced income streams and displayed less confidence about future income security.  New car sales fit into this type of expenditure – they are less commonly essential purchases that need to be made immediately and can be delayed until financial circumstances improve.

A key factor in the capacity of UK car manufacturers to recover from the 2008-2009 recession was the strength of its export markets.  The UK industry has been dependent on export markets for decades – more than 75 per cent of UK manufactured cars were exported during the first decade of the 21st Century, and this has expanded to more than 80 per cent in recent years.  Data shows that, while production and exports declined dramatically in 2009, they rebounded quite strongly in 2010, although to levels that were still around 20 per cent below pre-recession levels.  While new UK registrations initially rebounded in 2010, thanks in part to the introduction of the vehicle scrappage scheme, but fell back again in 2011.  Strong growth didn’t return to domestic registration numbers until 2013.  During this period, domestic production continued to climb back towards pre-recession levels, and accounted for more that 83 per cent of local production in 2011-12.

Europe was key to the recovery in the industry following the recession.  The EU provides a large proportion of the components going into UK production and accounts for more than half of exported UK-manufactured cars.  The seamless borders operating between the UK and EU member states facilitated the just-in-time production that boosted UK manufacturing and the tariff free movement of cars into EU destinations made British cars more competitive in EU markets.

OUTLOOK FOR RECOVERY FROM COVID-19

Indications to date are that the impact of the Covid-19 pandemic are likely to be greater on GDP, employment levels and disposable income levels than the 2008-2009 recession.  The IMF is currently forecasting that this downturn will be significantly deeper than 2008-2009, with a fall in GDP across Europe of 6.7 per cent compared to 4.8 per cent in the earlier recession[2].  It is not clear how this deep and unprecedented event will impact on individual countries and spending and production patterns within them.

The challenges for the UK automotive industry are significant.  The local market for new cars has been savaged and is likely to be weak for some years.  The same is true for the UK manufacturers’ biggest export markets in Europe.  For a strongly export-oriented industry which relies on smooth global supply chains, on-going trade policy uncertainty is an added concern.

The outlook facing the domestic car market and UK vehicle manufacturers is fundamentally different to that facing the industry in 2009.  The fluid operation of supply chains with EU suppliers that were a hallmark of manufacturing over recent decades cannot be guaranteed; nor can tariff-free entry of UK cars into the EU after the UK completes its exit from the single market.

In this environment, it is essential that the British automotive industry takes a leading hand in shaping UK trade policy which continues to evolve while attention is more heavily focused on the pandemic.  In many respects, the automotive industry will be a key component of the manufacturing outcomes for Britain’s emerging independent trade policy.

The automotive industry must ensure that the UK government gives the most careful consideration to the impact of policy options in the developing negotiations towards its post-Brexit relationship with the European Union, rather than settling for compromises that allow for outcomes that meet a rigid adherence to a politically-imposed deadline.  The outcomes of the post-Brexit relationship with the EU need to include zero tariffs for vehicles and components so that the competitiveness of British-made cars is not diminished, rules of origin that allow British cars to access tariff-free trade, and regulatory and administrative arrangements that do not slow down the movement of goods across the Channel.

The industry will also need to be equally as involved in setting priorities for the negotiations with the US and other FTA partners to ensure that any outcomes provide real opportunities for industry growth.  Without this involvement, the industry risks a longer, muted recovery from the Covid-19 emergency. 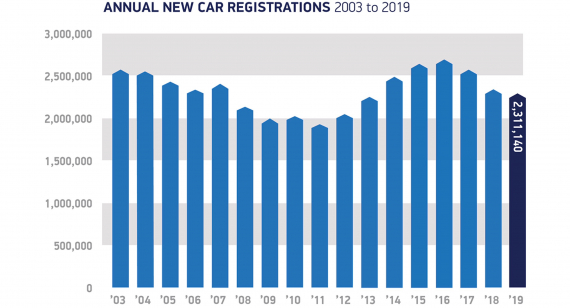 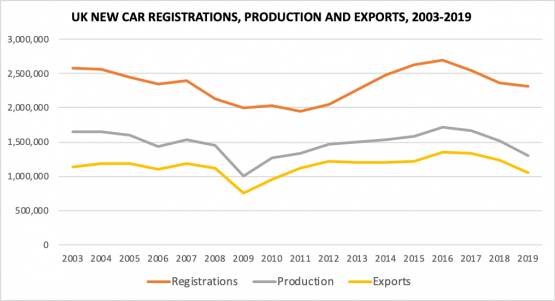